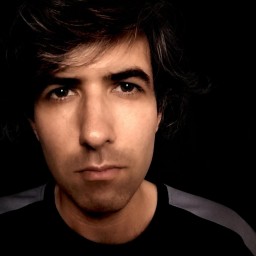 My toe is teaching me about my attention

Never do for others what they can do for themselves

A simple trick to change how you approach drawing

I’d like to argue for a concept that I believe is sadly lacking in most music studios. For lack of a better term, I will call this rhythmic flexibility.

Rhythmic flexibility is the complete internalization of the rhythm of a piece, to the point where it is a totally natural part of you. It’s a vague concept, perhaps, and I don’t know how to define it precisely. But, I know it when I see it, I know how to test for it, and I know how to train it. So let’s talk about that.

How to test for it

Rhythmic flexibility means that you:

If you hesitate while playing, you don’t have it.

If you get confused when you try to play at a different tempo, you don’t have it.

If you get thrown off by a complicated rhythm and lose your sense of pulse, you don’t have it.

If you ever accidentally subtract a beat from a measure, or add one, you don’t have it.

Now, as much as it sounds like an all-or-nothing deal the way I’m describing it, this isn’t the case. There are times I make all of the mistakes listed above. Rhythmic flexibility is a mindset that governs your whole way of looking at music, and it’s a skill that needs to be practiced. Sometimes you’re in the mindset, and sometimes you aren’t.

Rhythmic flexibility is non-negotiable. It is a fundamental starting point for any interpretative work on a piece. I do not want to tell you how to phrase, where to speed up or slow down, what notes to voice, etc, until you clearly have rhythmic flexibility. It will not work.

Why is it so important? Rhythmic flexibility practically eliminates problems relating to:

If you can play a piece with a clear sense of the beat, with a metronome, at any tempo, you have already solved most of the issues behind the above list. You are playing the piano, rather than the piano playing you. Now, we can just listen to music, talk about our personal opinions on interpretation, and experiment. It’s really all fun and games from this point on.

If you can’t do this, it is a complete exercise in frustration trying to fix these problems one at a time. You are trying to stretch the beats for rubato, but you have no clue where the beats are, because you are so caught up in the music with all of its infinite complexity. You are trying to recall what happens next, and you can’t, so you stop playing, because you are trying to remember a difficult piece of music instead of just playing the next beat (no, this isn’t a complete solution to memory, but rather a prerequisite).

How to train it

The waterfall technique is, in my experience, an effective way of training rhythmic flexibility. There are other useful exercises, too, which I will write about in future posts.

By the way, this is how phrasing works. Once you have felt every note as being the beat, at every tempo, you have complete control over the relative intensity of each note. It doesn’t make your decisions for you, but it takes you out of the realm of “how on earth am I supposed to know what to do?” and into “I have ten options that could work here…let me see which one I like best.” And that’s the point of music study, as far as I am concerned.

A quarter note? A half note? A whole note? A measure? Two measures? Four measures? You need to be able choose any of these, and play accordingly.

If you can do this, you’ve got it.

I help my clients with lots of different things (meditation, music, art). I hope I can help you with something.

Please log in again. The login page will open in a new tab. After logging in you can close it and return to this page.